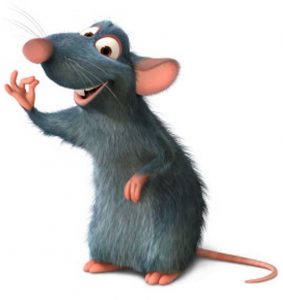 I have been asked for an update on the rat infestation I had in my kitchen. Sort leave you all in suspense like that, but the rat has gone, and this is how it happened….

To preci the situation. The cat had brought the rat home then had no more to do with it, we were unable to catch the thing, and it managed to settle in, opening all the packets in the cupboards whilst subsiding on a diet of cats food, which it also stock piled around the place. It was living under the floorboards somewhere, possibly under Eva’s wardrobe.

I had tried blocking its hole when it was out visiting the shops, but it had alway shifted the blockage and got back to bed. Eventually I blocked the hole with wire wool, which did the trick, and it took up residence in its old haunt in the refrigerator.

At this point my master plan could be implemented. I did not want to kill the poor thing, after all it was not its fault that it was in the house, it was a mere plaything for the cat. I had been trying to catch it in a “humane” trap, weird that word “humane” its not people being trapped, only our sensibilities being offended. Poison had been ruled out because of the potential smell of a decaying body, and the break-back trap was part of a future artwork so I didn’t want it stained.

The master plan involved building a wall. There are no Trump connections, the wall was only 3 foot high and made of cardboard, but it did lead from the fridge to the back stairs. With the wall in place the fridge was pulled out and the rat was off. It bounced from wall to wall and down the stairs, followed by Odanis and myself, this was not with out the requisite shouting for a major wild animal hunt, the door was opened and…

…and, well the rat stayed on the threshold looking out and sniffing. It was the start of winter, and the rat was coming from a warm home, with all mod cons, and being thrust into the cold outdoors, even if it was on a full stomach, it even turned to look at me with a tear in its little black eye. A gentle nudge with the foot had it off down the garden path, at which point the cat got interested again, noooooo. I could see it all before me, the catching the thing and rushing back up the stairs and it starts all over again. So the cat was grabbed and removed from the scene and the rat was seen no more, dead or alive.